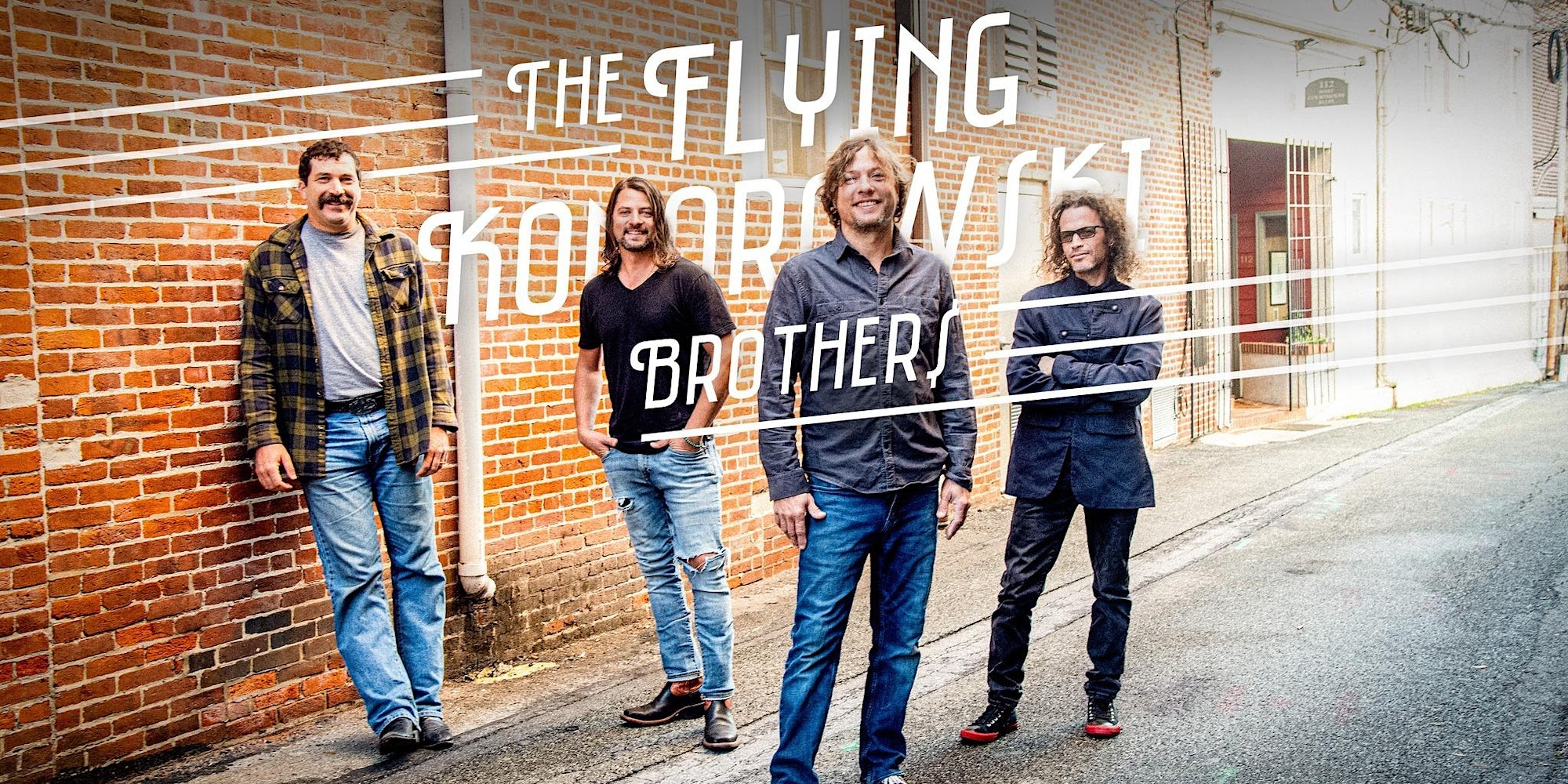 Some joined together by blood, some by friendship, all through the love of playing good music and playing it together. Meet the Flying Komorowski Brothers, founded by lead singer and songwriter, Josh Komorowski. When Josh was 17, he stumbled upon his sister’s secondhand guitar and never looked back. His story begins with cultivating a space for musicians to play—to learn from and support each other. He hosted open mics beginning at a small coffee shop in Wayne (shout out to the Gryphon Cafe), to Philadelphia, NYC and Austin Texas. Since then, he has played venues ranging from small living rooms to grand stages, maybe your neighbor’s backyard—who knows, he may even have slept on your couch.

Like any good story though, his would not be what it is today without the people he’s met along the way. Cue: guitarist Rob Mastrippolito, bassist, Ehud Guy and drummer, Caleb Komorowski who make up the rest of The Flying Komorowski Brothers—or FKB if you like. They may be a new band, but they are not new to the music scene and certainly not new to playing together. The four have shared stages as well as supported each other’s separate ventures over the last 25+ years.

Some things, however, are better together which prompted the quartet to make it official. Together, they are a local’s local band with the sound of Philly and a heartbeat born from heartbreak ready to take on the world. Their style of music? Let’s picture them at the bar. Rhythm and blues to their left, soul to the right. Country making eyes from across the bar, gospel on the phone, shots of funk all around with a rock and roll chaser. A little bit of all the things you love with a sound all their own. They are a band’s band. A band for anyone. A band for you to feel at home with no matter where you’re from or what you’re going through. Because that’s who they are—a bunch of guys who love what they’re doing and want you to as well. Their songs will invite you into their hearts and give you a place to lay your head.

Drive Fast and Take Chances is the band’s debut album born in the middle of a pandemic and finally ready to be shared with the world. It features the wide range of Josh’s soulful and unique voice, the band’s dynamic harmonies, eclectic sound, and undeniable rhythm. Hop in the car. Take a ride with them. You won’t regret it and you definitely won’t be able to stay in your seat.